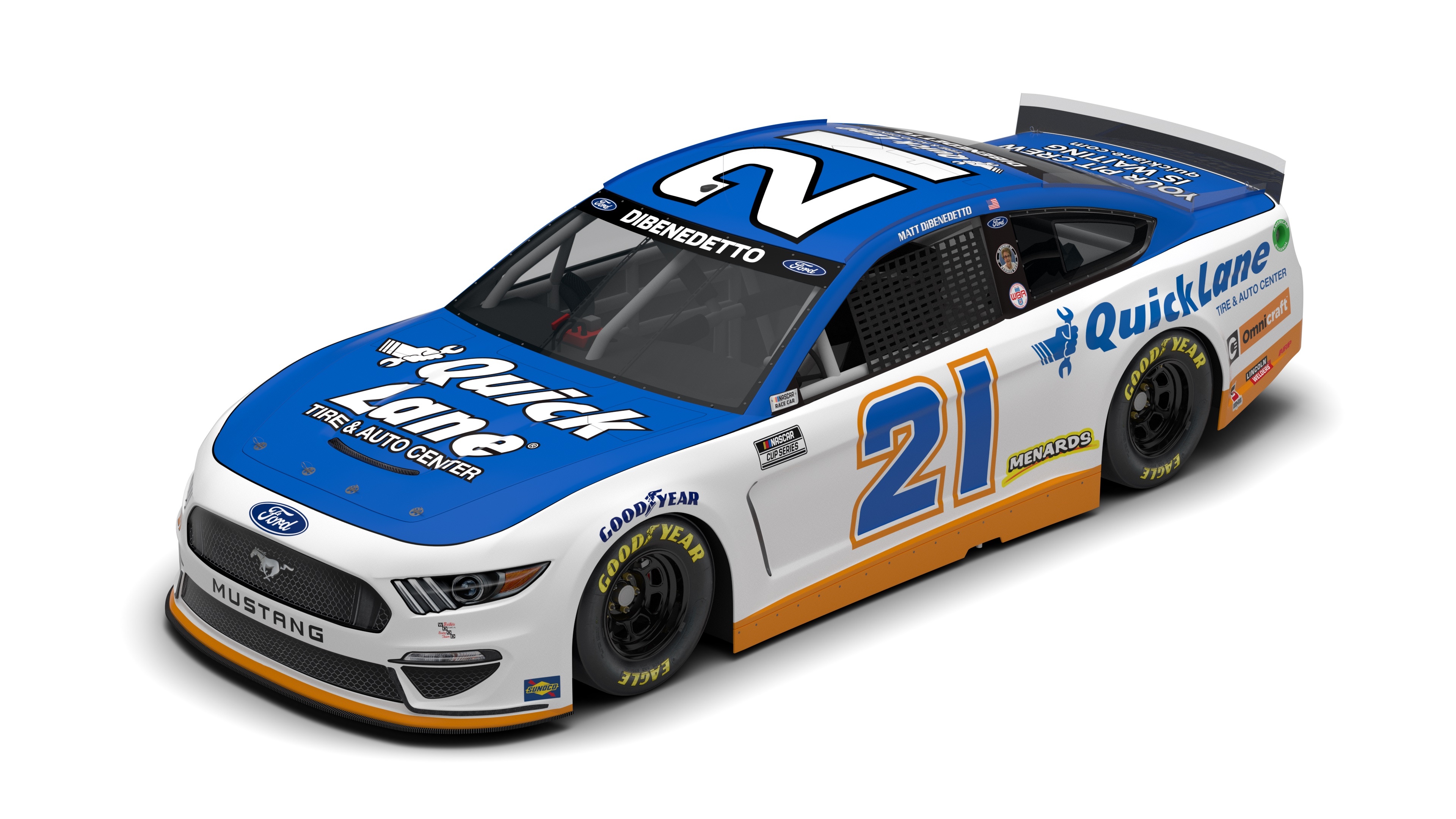 Matt DiBenedetto and the No. 21 Quick Lane Tire and Auto Service team enter this weekend’s NASCAR All-Star Open looking to repeat their Open victory from last year at Bristol Motor Speedway. However, in 2021 the non-points event has been moved from Bristol, one of DiBenedetto’s best tracks, to Texas Motor Speedway, which is hosting the All-Star race for the first time.

DiBenedetto said he still feels good about his chances, as the Quick Lane team has had some of its best runs on intermediate-length tracks like Texas.

“Texas has been a pretty good track for us as far as speed,” said, DiBenedetto, who is set to take the green flag for the Open from the third starting position following a random draw.

Like last year, DiBenedetto will need to either win one of the three stages of the Open or prevail in the fan vote to earn a starting spot in the All-Star race, which will be run Sunday evening once the preliminary events are completed.

“We raced our way in last year, which was awesome,” he said. “It’s a great accomplishment to be a part of the All-Star race.”

This weekend will mark the second appearance atop the Quick Lane pit box for crew chief Jonathan Hassler. He filled in for Greg Erwin on an interim basis earlier this year at Martinsville Speedway and now takes over full-time crew chief duties for the No. 21 Mustang starting with this weekend’s event.

“We welcome Jonathan to the 21 team, and we wish Greg nothing but the best going forward,” Wood said. “Greg will always be a valued part of our team’s history.”

The All-Star Open is set to get the green flag Sunday at 5 p.m. (6 p.m. Eastern Time). The 50-lap race will be divided into three stages, two 20-lappers followed by a 10-lap finale.

The three stage winners, along with the fan’s choice, will advance to the All-Star Race, which is scheduled to start just after 8 p.m. Eastern Time. That race will consist of 100 laps divided into six rounds. FOX Sports 1 will carry the telecast.