KOKOMO, IN – April 9, 2021 – Brad Sweet seemed unstoppable on his four-race winning streak, that is until his own teammate James McFadden stepped up to deny him.

Making his 100th career World of Outlaws NOS Energy Drink Sprint Car Series start on Saturday night at Kokomo Speedway, McFadden led the final 30 laps aboard his Karavan Trailers #9 and paved the path for a Kasey Kahne Racing 1-2 finish with Sweet behind him in the NAPA Auto Parts #49.

A drama-filled 40-lapper at the Kokomo, IN 1/4-mile saw David Gravel command the opening 10 laps before spinning from second with two to go, saw Donny Schatz and Logan Schuchart suffer mechanical issues, saw Tyler Courtney’s career-best run of third shattered with a flat right rear, and saw Sheldon Haudenschild roar from 21st-to-5th in the closing stages.

For McFadden, the Alice Springs, NT, AUS native banked $10,000 with his first victory of the season in only his sixth start since coming overseas to relieve Kasey Kahne of full-time duties back in March. It’s the third career victory for the 31-year-old they call J-Mac.

“I’m just pumped to be here right now, man,” an elated McFadden said in victory lane. “I gotta thank Kasey [Kahne] and this whole KKR team; it’s a pleasure to drive this car. I’m glad I can do it justice and put in victory lane. It’s good to get one on that NAPA car. He’s been laying it on us, so hopefully we can get on our little roll now.”

Nearly perfect on the night, McFadden’s Kokomo quest began with the Slick Woody’s QuickTime Award (11.243 seconds) and continued with a win in the opening Team Drydene Heat Race. He was stopped by Gravel in the DIRTVision Fast Pass Dash, but earned the outside pole position with 40 laps on tap.

Aboard the Big Game Motorsports, THE SHOWDOWN #2, Gravel paced the opening 10 circuits of Feature action before lap traffic allowed McFadden to capitalize. Moving up a lane as Gravel became mired on the bottom behind back markers, McFadden quickly swooped right by Gravel on Lap 11 and never looked back.

In the end, McFadden survived a green-white-checkered restart and ran off to a 1.059-second advantage at the checkered flag.

“The track was surprisingly tough tonight, it just changed around a bunch,” McFadden noted. “I was running the top to get around David, but it go so dirty that I felt like I needed to get to the bottom. We got through lap traffic really well, and I think that was big. Being in victory lane six races in is pretty awesome.”

Chasing McFadden to the stripe was his Kasey Kahne Racing w/ Mike Curb teammate, Brad Sweet. The Big Cat rallied from 12th on lap one to finish in second, extending his career-best streak of consecutive podium finishes to a whopping nine races.

“I just shot myself in the foot during qualifying tonight,” Sweet said on getting behind the eight-ball. “Once we got to third in the Feature I think the track just moved down and we ran out of options. I tried the top on the green-white-checkered, but felt like I was gonna give up second and had to come back down. That’s what you have to do sometimes: get the best finish you possibly can. Tonight is a great testament to our team. It’s fun to be disappointed with second.”

Finishing third and landing on the podium for the first time in his World of Outlaws career was Justin Peck. The Monrovia, IN native drove from 11th-to-third aboard the Tom Buch owned #13 and kept his early-season hot streak alive; ahead of his return to Haubstadt tomorrow where he’s excelled in the past.

“Our team morale is pretty high right now, so it makes working with these guys super easy,” Peck noted on their success. “We’ve got everything hooked up right now. It’s great to be on the podium, but obviously we want to be a little better. That KKR team is just outstanding right now. We’ve got a little bit to clean up on our end.”

Coming home a season-high fourth at Kokomo was Australia’s Ian Madsen in the McGhee #11. Rounding out the top five was Sheldon Haudenschild with KSE Hard Charger honors thanks to his magnificent 21st-to-fifth bid in the NOS Energy Drink, Stenhouse Jr. Marshall Racing #17; which gives him eight-straight top five finishes.

UP NEXT – The World of Outlaws NOS Energy Drink Sprint Car Series wrap up the Hoosier State doubleheader on Saturday, April 10 with a trip down to Haubstadt, IN’s Tri-State Speedway. 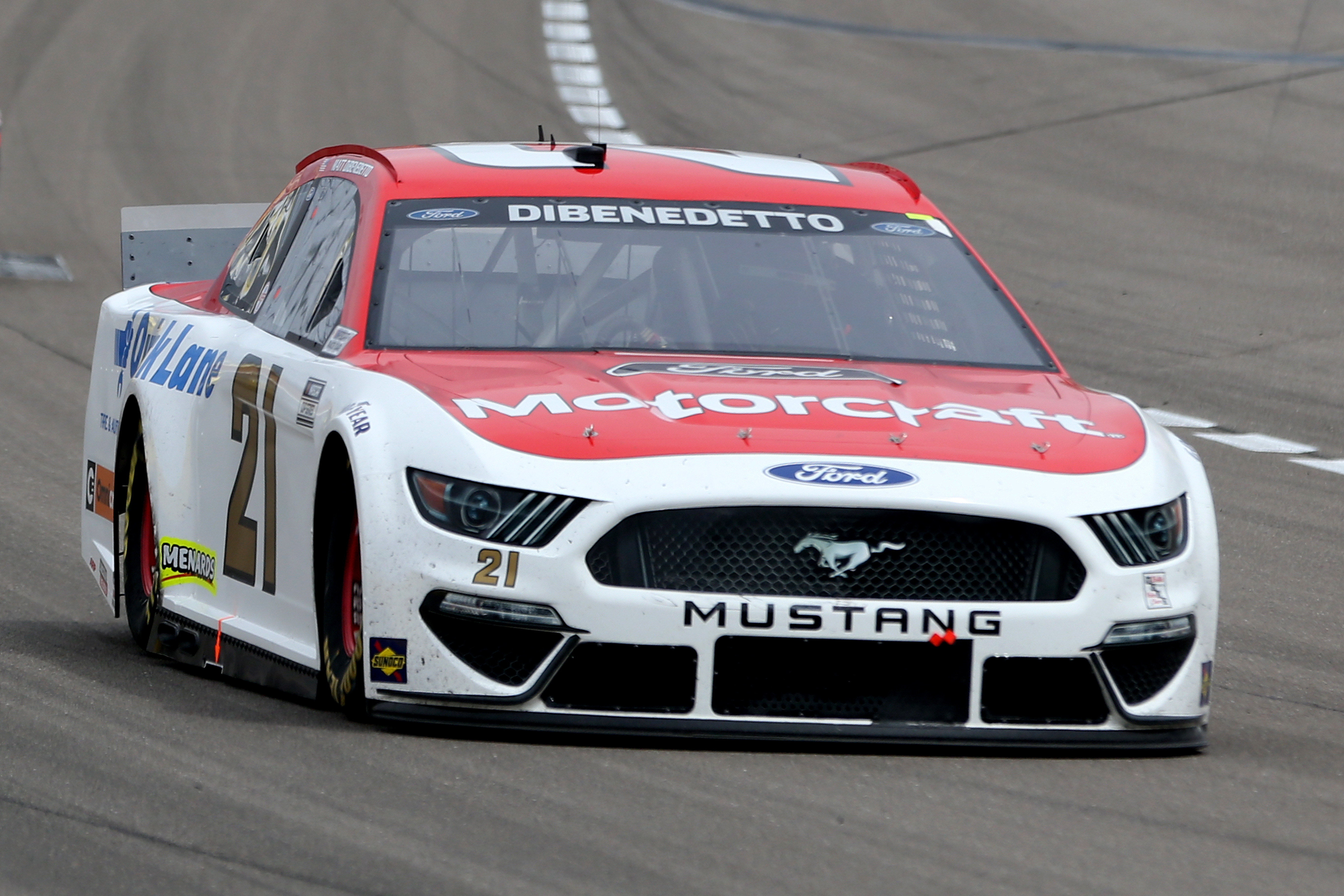 After a week off for the annual Easter break, Matt DiBenedetto and the No. 21 Motorcraft/Quick Lane team head to the Wood Brothers’ home track, Martinsville Speedway, for Saturday night’s Blue Emu Maximum Pain Relief 500.

It will be the team’s 120th Cup Series start at Martinsville and the third there since DiBenedetto took the wheel of the No. 21 Mustang.

Last year, DiBenedetto finished seventh in the spring at Martinsville and 10th in the fall, and he’s looking to continue that success in this year’s race under the lights on the half-mile oval.

“Short-track racing is my favorite, and it’s even cooler that it will be a Saturday-night race,” DiBenedetto said. “We finished top 10 both races last year, so obviously this is one we look forward to a little extra.” 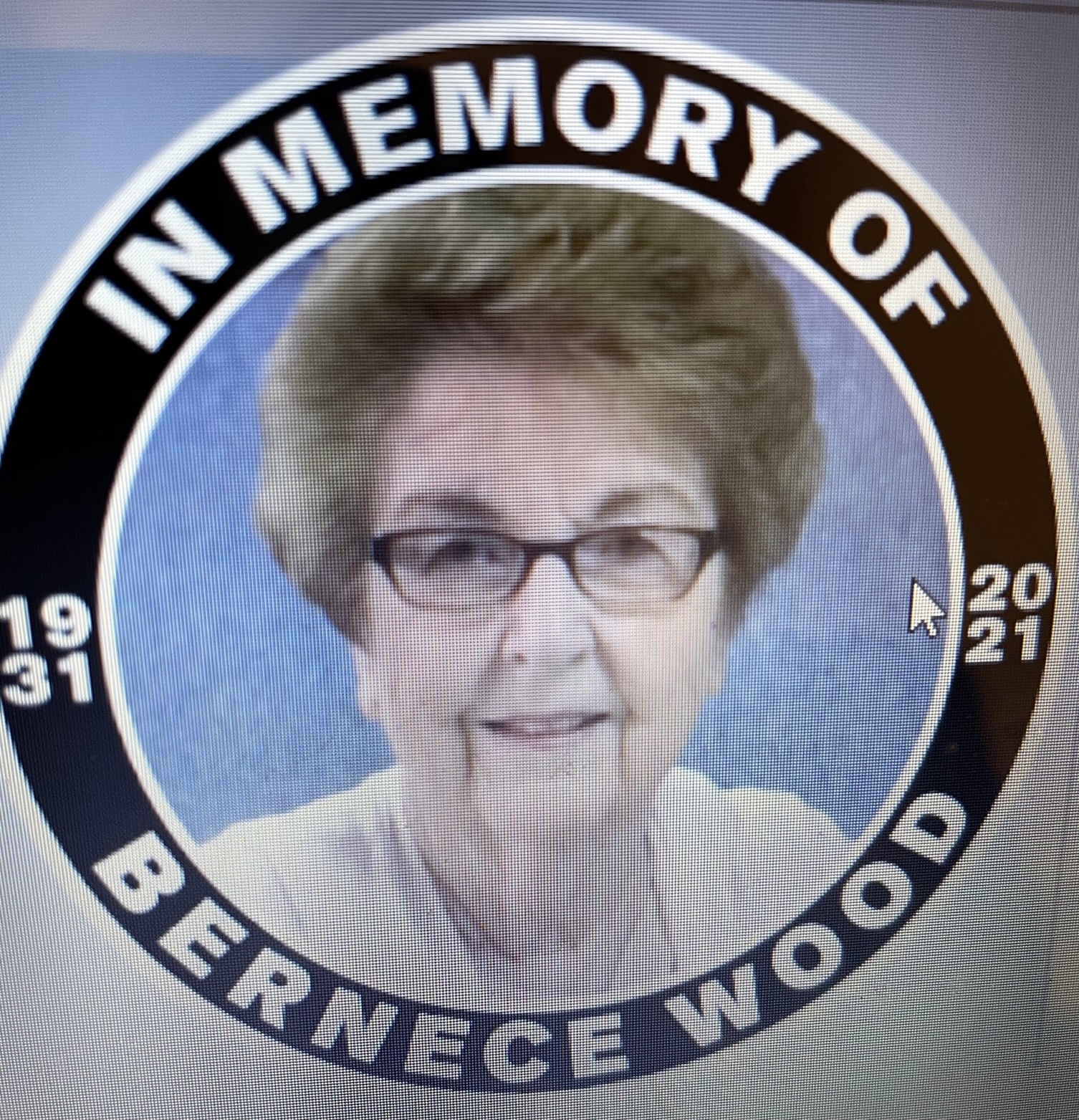 Saturday’s race will be the first since the passing of the team’s matriarch Bernece Wood on March 30. The Motorcraft/Quick Lane Mustang will carry a special decal in memory of Mrs. Wood, who spent many a Sunday afternoon back in the day in the infield of the track.

“It was one of her favorite tracks,” Eddie Wood said. “She liked the short tracks like Martinsville, Bowman Gray Stadium and Starkey Speedway, which were tracks my Dad liked as well. They were kind of his specialty.”

Wood remembers his mom, and other drivers’ wives, bringing picnic dinners to Martinsville. “There would be plenty of food for us and for everybody around us,” he said.

DiBenedetto said he also will be thinking about Mrs. Wood as he returns to Martinsville Saturday night.

“Our hearts will be heavy this race with the passing of Bernece,” he said. “I really want to get that 100th win for her and the whole family, but the first goal is to go there and have a good clean night and execute.”

There will no practice or qualifying before Saturday’s race. DiBenedetto will start 22nd in a line-up set by NASCAR using statistics from prior races. The 500-lap race will have Stage breaks at 130 and 260 laps.