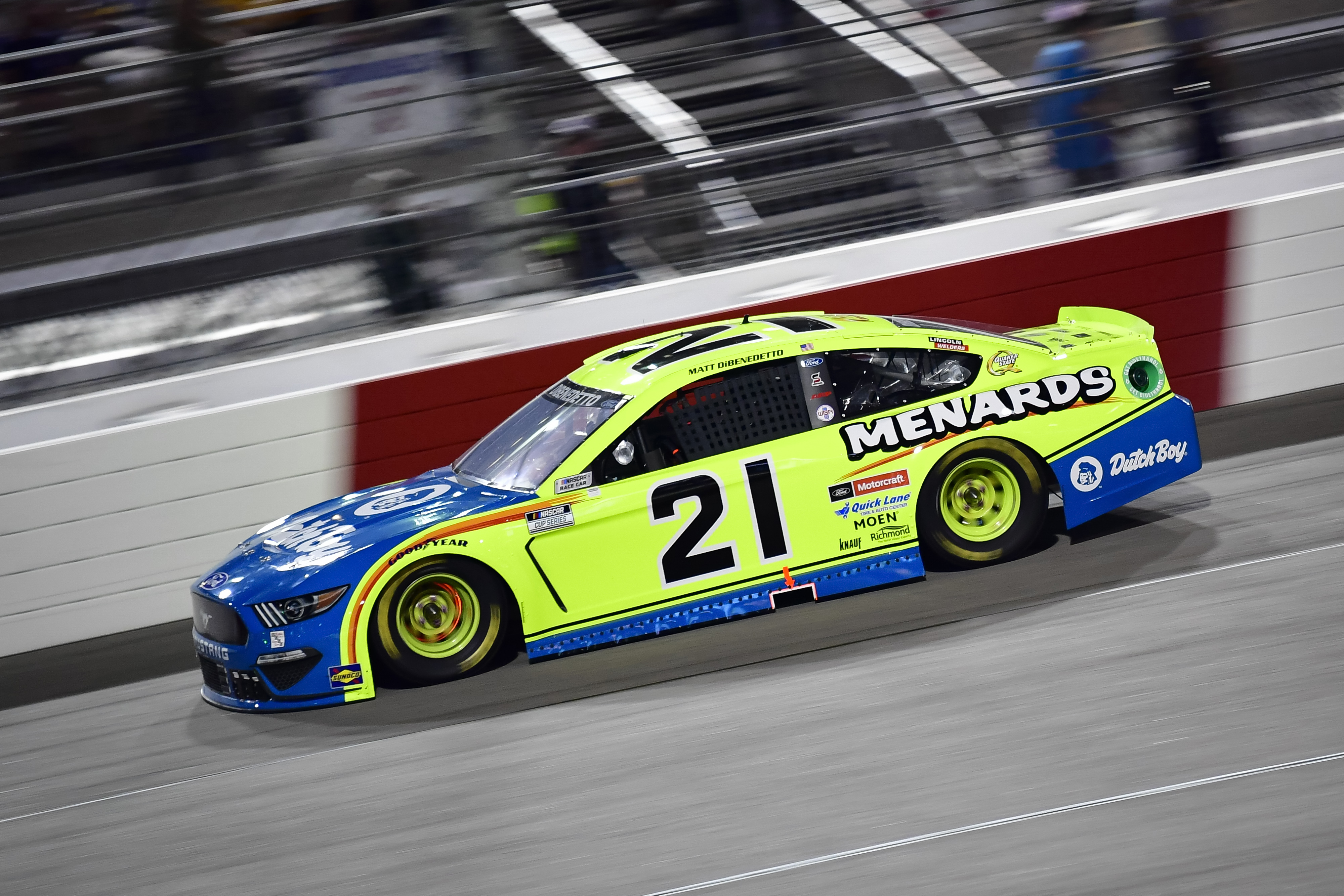 Matt DiBenedetto and the No. 21 Menards/Dutch Boy team had a fast start to Saturday night’s Salute To First Responders at Richmond Raceway but wound up 18th, two laps down at the finish.

DiBenedetto lined up 28th for the start of the 400-lap run on the 20th anniversary of the Sept. 11 terrorist attack on the United States. Some aggressive driving at the drop of the green flag propelled him to 19th place by the fourth lap.

He faded a bit as the opening run went on but still was in 20th place when the Competition Caution flag flew at Lap 32.

The Menards/Dutch Boy Mustang continued to show speed just after restarts, and DiBenedetto drove it up to 13th place by Lap 67 and ended the first Stage in 13th.

Problems on pit road during the caution period following the first Stage led to a second stop and left him 29th for the ensuing restart.

DiBenedetto ran long during the next round of green-flag pit stops and moved to the head of the pack before heading to pit road. When those stops cycled out, he was a lap down.

Despite running in the free pass position for a long stretch, he was never able to rejoin the lead lap and ended up losing a second lap before the checkered flag fell.

DiBenedetto said the pit-road issues and a lack of caution periods to work on the Menards/Dutch Boy Mustang led to a disappointing night.

“We had a definite top-10 car, had good speed, but the pit-stop issue kind of ended our day where we couldn’t recover since the whole race was green flag,” he said, adding that the response to the track’s tribute to the heroes of Sept. 11, 2001, was the most memorable part of the night. “The patriotism at the track for 9/11 was incredible.  The pre-race ceremonies were touching, and it was awesome to hear fans screaming ‘USA’ in the stands.”

Next up for DiBenedetto and the Wood Brothers team is another Saturday night race – a 500-lapper at Bristol Motor Speedway.