Inside Line Promotions – KNOXVILLE, Iowa (July 22, 2020) – Dominic Scelzi captured a podium finish during an efficient weekend in the Midwest.

The action started last Friday when he made his debut at Lincoln Speedway in Lincoln, Ill., where Scelzi opened the Midwest Open Wheel Association event by maneuvering from sixth to second place in a heat race. That earned a spot into the feature redraw. Unfortunately, Scelzi pulled the biggest number – eight – to line up on the outside of the fourth row in the A Main. 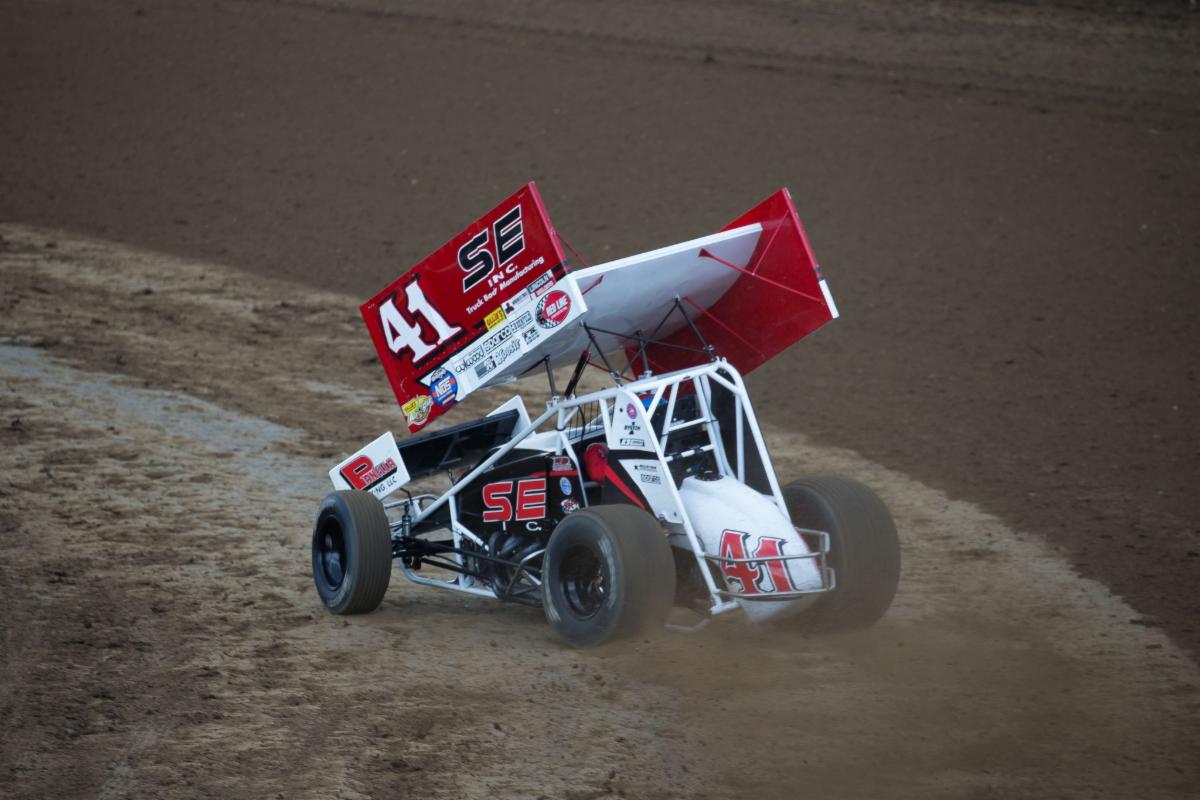 “It was the first night out in our brand new car,” he said. “I felt great from the get-go. We moved up through the heat race and made the feature redraw. I wish we would have drawn better than eighth, but that was the card we were dealt.

“We got to the top four fairly fast in the feature. Then we got by Shane (Stewart) and then by Paul (Nienhiser). I felt like we were every bit as good as Rico (Abreu). He made a good move in traffic when I got close to him and that was the end of the race.”

Scelzi’s second-place showing was his 10th top five of the season.

He then headed to Knoxville Raceway for a race on Saturday, qualifying 12  th quickest and gaining a spot in a heat race to place second. That ranked him 10th in overall points to give Scelzi the 10  th starting spot for the feature.

“We unloaded and I felt pretty good, but we had the wrong gear in for qualifying,” he said. “We didn’t turn the RPMs we needed to and that hurt our lap time. I felt really good in the heat race and in the main event we tried some stuff that didn’t work. We were really tight. The last few laps our engine overheated and we lost some speed as well.”

Scelzi salvaged a ninth-place finish, which was his 15th top 10 of the season and his best outing at Knoxville Raceway this season.

He plans to return to the half-mile oval this Saturday to compete in the 360ci sprint car division.